By Sigal Wilnai on November 3, 2012 in romance novel

Typing in the word “rake” on Amazon brings up hundreds of novel results: romancing a rake, reforming a rake, running away with a rake, redeeming a rake, or taming a rake. Hundreds more come up for “rogue” and “scoundrel.” The general outline of these novels tends to be the same: an immoral, experienced man meets an innocent, inexperienced woman. She will teach him that he can love and be loved, and he will set her free by teaching her the mysteries of her own body. 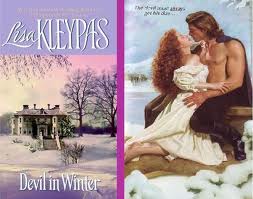 This basic plot repeats with fascinating variations. Most recently I read The Devil in Winter, by Lisa Kleypas, where young “wallflower” Evie requests the protection of Sebastian, a notorious rake, promising him her fortune if he marries her; and the fabulous Nine Rules to Break When Romancing a Rake by Sarah Maclean (on which I wrote a blog before). The male protagonists of these two novels are reformed by the end, tying the knot, promising fidelity, falling in love, and allowing their woman to twirl them round her little finger. 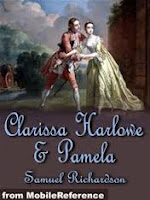 Richardson’s Pamela is an eighteenth-century example of this kind of novel, but Richardson’s novels, written nearly three hundred years ago, were moral lessons, aimed at teaching young ladies the importance of keeping their virtue intact. Pamela was able to resist Mr. B.’s attempts at ruining her — though I seem to remember a certain rather juicy scene where he tries to kiss her, and she evades his embrace by lying on the floor face-down (Richardson thought if she lay face-up the scene would be too sizzling). Pamela marries Mr. B., but her successor, the heroine of Richardson’s later novel Clarissa, is not so lucky. Clarissa’s rake offers to make amends and marry her, but for Clarissa, once ruined, her only choice was to die. Neither Lovelace’s offer of marriage nor his regrets could save her, no matter how willing he was to be reformed.

Today, reserving innocence till after the wedding is less wide-spread than in the eighteenth century. “Rake” novels no longer warn girls of succumbing to the charms of a rake. Instead, they promise delights beyond our imagination to a girl who is willing to live by her own rules. Not less important, however, is the message that it is okay for women to take pleasure, to seize the day and take control of their own destiny.

Truth be told, I do not read romance for its lessons, moral or otherwise. The chase, the attraction, the tension between the two main characters is what makes me come back to them again and again. In a way, because most romances were written by women, I am willing to forgive the male protagonist a lot. I do, however, believe that in between the fabulously decadent scenes, romance novels offer a vision of the modern woman, perhaps not yet 100% free of her expectations from men, but ready to jump into adventure and experiences, try new things, and leave all the norms and regulations imposed by society in her dust. And the best part is: she always lives to tell the tale.

Minimizing My Goals
OK, So It’s a Panegyric of Gary Schmidt’s The Wednesday Wars