By Sigal Wilnai on October 30, 2012 in romance novel, writing 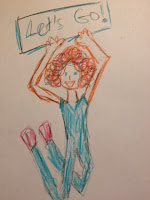 So here I am, sitting in front of my computer, not two days after writing my blog about letting go of ambition, and what do you think my brain does if not invent new ambitions and goals. The newest goal: write a first draft of my romance novel, letting it flow out. Seems simple, no? But in my brain, a conversation goes on between my different parts, putting a stop to any writing attempt.

The “I don’t want you to be disappointed” part: “Wait a second. Let’s not get all over-excited here. Don’t you remember what happened last time? We wrote a first draft, and then we felt overwhelmed. We felt out of control, like we have no idea what was going on in the novel and like we have no idea how to even start to revise.”

The critic: In order to avoid that, you need to write really well the first time. Make it perfect right off the bat. Just really delve into the scenes, think what the characters are thinking, see what they see, make every word count.” 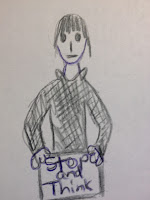 The enthusiastic part: “No, stop stopping me! Just write! Let it flow! We can do it! It’s going to be great! It’ll be fabulous to have a first draft! We’ll revise later. Let’s go, write now!”

The “I don’t want you to be disappointed” part: “You’re rushing and you’ll regret it. Don’t just write. You’ll hate it later and become discouraged. Take it slowly, or even better, let it be. You don’t need to write today. Write tomorrow or the day after, when you’re in a better mood. Write when you’re in your groove. Not now with all this chaos.”

The critic: “That’s the lazy way out. You never get in your groove. You have to write now but write your best work only.” 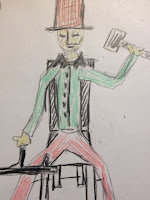 And so on and so on. They argue with each other louder and louder in my head until I want to scream: “What do you want from me? Let me be. I’m not going to write today!”

But perhaps there is another way. Perhaps a new goal, a smaller, unambitious, calmer goal: I’d like to write today and enjoy it. I’d like to feel like I got sucked into the story for just a little while, even five minutes. I’d like to write and feel the magic of writing without time limits or word counts, and without thinking of the end result, free of expectations and rules.

Can we do it, my parts? Can you step back for just a little while this morning and allow me to have fun? Tomorrow, if you like, we can have the same conversation again, or maybe, if you see that my new goal was a success, we can forgo our usual process of judgement, over-excitement and fear and cooperate: the enthusiastic part can make my ideas flow, the cautious part can make me think, and the critic can keep me organized.

Ambition is a Bad Word
Woman and the Reformed Rake