By Sigal Wilnai on February 1, 2013 in children, parenting, resilience

On Monday I made Brussels sprout soup. We ate the soup for dinner with mixed results. Dar and I loved it. Uri was ambivalent but finished his bowl. Eden said that the soup looked disgusting. I got her to take a tiny sip by telling her that I’m sure the soup doesn’t taste as bad as she thinks it does. She tasted, spit out, and said only: “It does.”

When we got back home on Tuesday. Uri requested that I heat a bowl of the soup for him. I was busy prepping for dinner and suggested that he get the soup out of the fridge and heat some for himself. He is twelve, after all, and knows how to use the microwave. But Uri wanted me to get him the soup. He nagged, stomped his feet, told me I was a bad mother, complained that he was dying of hunger, and finally stalked off to his clarinet lesson with many an accusatory glance. After the lesson, weighed with guilt, I heated him some soup.

Parenting experts often say that a mother (or father) should not do for the children what the children can do for themselves. These experts would probably be appalled by the amount of indulgence going on at my house. I twist water bottle caps open for the kids, bring them clothes to bed, wake them up in the morning, make them breakfast, lunch and dinner, help with homework, carry Eden’s backpack to school, and I always, always, bring forgotten lunches, projects, homework folders, and jackets to school. 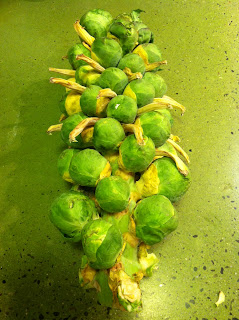 Wendy Mogel, in her fabulous parenting book Blessings of a Skinned Knee, suggests that calling a family meeting and announcing that “things are going to change here from now on” is not the way to implement change. Instead of drastic reorganizations, it might be better to make subtle changes.

In recent months, I taught the kids how to use the microwave, make themselves a bagel with cream cheese, and put clothes in the laundry machine and the dryer. They’ve also began to do homework much more independently than before. True, I have more failures than successes in my attempts to get them to become contributing members of our small family community, but the general direction is good. I am hopeful that by the time they go to college, they will at least have an idea of how to wash their own clothes. Perhaps they’ll eat more than just take-out pizza, and (to quote an amusing example from parenting expert Madeline Levine), they won’t feel that they need to call me in order to find out where their next class is.

Ingredients:
One pound Brussels sprouts, trimmed and with the top leaves removed
One onion, diced
One large potato, cut into cubes
One zucchini, diced
Garlic to taste, sliced
About 4-6 cups of vegetable soup broth, just enough to cover the vegetables

Directions:
Sauté the onion and garlic till caramelized.
Add Brussels sprout and diced zucchini and pour in vegetable broth till covered.
Let boil and then cook for 20 minutes until the Brussels sprouts are soft.
Mash together till smooth in the blender and return to pot.
Cut the potato to cubes and add to soup, let it boil again and cook for 30 minutes till the potato cubes are soft. Stir every few minutes to make sure the potatoes do not sink and stick to the bottom of the pot.

For more on this topic:
Wendy Mogel’s Myths about Raising Self Reliant Children
Madeline Levine’s Website

4 Responses to The Case of the Brussels Sprout Soup