By Sigal Wilnai on September 10, 2012 in book review, writing 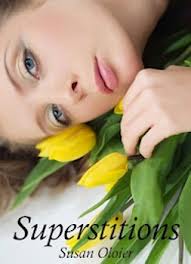 Fifteen-year old Ellie Blackwood is having a bad day. Over ice cream, her father reveals that he and girlfriend Greta are getting married, though how can he be getting married when he hadn’t even divorced Ellie’s mother yet? Then, Ellie’s best friend Kyle decides that he’s too old to spend time with her anymore. The babies’ catalogs with Greta’s name on the address label that Ellie finds in the kitchen are really the last straw.

Ellie has a lot to deal with. Her mother had walked out on them five years before, but Ellie has not given up on finding her mother before her father ties the knot. She is starting her sophomore year at school, and now she needs to make new friends while dealing with the realization that she had fallen in love with Kyle, and that he is not in love with her. Worse, he is now dating the popular Tiffany who doesn’t acknowledge Ellie’s existence.

As so often happens in life, when one door closes, a window opens, and in walks Alexander Coon II. Alexander has a surprising taste for poetry, a mysterious background, and a treasure map. He invites Ellie to join him on a hunt for the legendary Dutchman’s Mine, a hunt which will lead them to learn more about love, hope, dreams, and friendship.

Susan Oloier’s Superstitions deals with difficult situations and emotions: abandonment, communication, trust, and most important, the difference between giving up and letting go. In Ellie’s search for her mother, she is resisting the truth. She has not heard from her mother in five years. Her father is getting married. And yet Ellie refuses to hear what her father has to say. She refuses to accept that her mother might never be coming back.

The teen years are a time of transition from childhood to adulthood, of letting go of the old and accepting the new. The need to let go of expectation, of mistrust, and of anger is apparent in Ellie’s relationship with every character in the novel. She does not have to give up the hope of finding her mother, but she does need to let go her hope that her family will get back together as it was before. She needs to let go of her expectations of her father and allow him to rebuild his life the way that he wants to. So much letting go!

Superstitions is romantic and sad, the story of adventure and everyday life. In between her life at school and at home, Ellie finds danger and excitement hiking and camping in the Superstition Mountains in Arizona. Susan Oloier weaves a story that takes place deep in the heart, in the conflict between the soul and the mind, hope and reality, disappointment and love. And as always in life, no easy answers can be found.

The Creative Zone
Interview with Author and Scientist Danna Staaf

One Response to Review of Superstitions by Susan Oloier