By Sigal Wilnai on June 28, 2014 in creativity, imagination, inspiration, writing 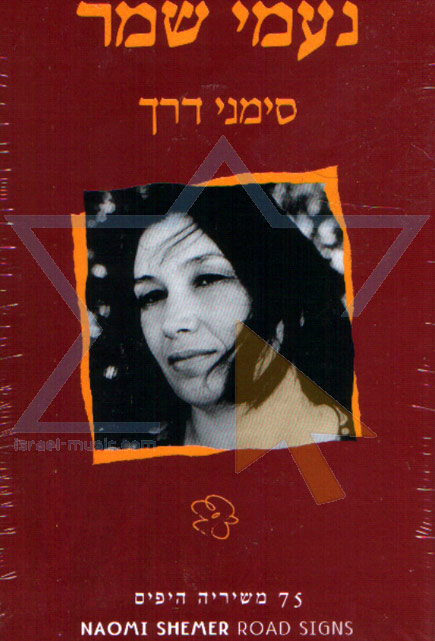 My mother sent me an article the other day about a popular Israeli song, “Jerusalem of Gold,” written by Naomi Shemer, one of Israel’s preeminent songwriters. This song is such a staple of Israeli musical and Zionist culture that I am certain that any Israeli you meet, independent of how musically inclined, would be able to sing from memory and on the spot at least the first stanza and the chorus. This claim probably includes most second-generation Israelis living abroad. “Jerusalem of Gold” has over 3 million hits on the web, including its own English-language website, and countless videos on youtube. I especially recommend the video I found in the article, sung by Shuli Nathan.

Many Israeli songs I know seem to have in their origin Russian folk music. In the article my mother sent, the journalist, Avner Hoffstein, mentions his discovery that Naomi Shemer borrowed the music to this song from a Basque folk song. Fourteen years ago, Hoffstein confronted Naomi Shemer about the similarity between her music and the folk song, but Shemer insisted that she has never heard that song before. After her death a decade ago, a letter was published in which Shemer acknowledges the influence. Scandalous? Surprising? I can’t say that I’m shocked.

When listening to popular music, I often wonder how the songwriters avoid repeating the musical themes which have been written before them. Here and there, I can hear a melody which reminds me of another song, by another band or singer. Is it a tribute to this other singer? Is it influence? When is using another person’s material a salute to that person’s genius and when does it become that dreaded word, plagiarism?

As an aspiring author, I have heard over and over again the advice to read a lot. Read everything you can in your field. Be familiar with what readers enjoy and love. This advice, however, is always tempered by the caution: Write what you know. Be true to your own voice. In the past, I’ve noticed (and sometimes was irritated by) authors using elements from another writer’s work. Most notably, in the Harry Potter books, I was annoyed by how J. K. Rowling built the school so like the wizardry school in Ursula K. LeGuin’s infinitely wiser A Wizard of Earthsea. On Wikipedia, I found the following comment: “Le Guin has claimed that she doesn’t feel Rowling ‘ripped her off,’ but that she felt that Rowling’s books were overpraised for supposed originality, and that Rowling ‘could have been more gracious about her predecessors. My incredulity was at the critics who found the first book wonderfully original.’”

There is a myth about writing that says that everything’s already been written. Now, all we poor hopefuls can do is repeat the same themes and stories and try to do it in as fresh, edgy, humorous, or newly insightful way as we can. Some works, in fact, use as an inspiration (or even clearly follow) a particular story, as in the many Pride and Prejudice novels (including Pride and Prejudice and Zombies, which came out in 2009), or novels like Cinder, which rewrite a popular folktale (in this case, Cinderella). You could argue that many romance novels follow the exact same script: boy meets girl; something prevents boy and girl from coming together; boy and girl come together; a secret is revealed which causes the boy and the girl to separate; boy and girl find a way to come together again in a happy ending.

I googled “famous authors who have been accused of plagiarism” on the web, and found some interesting stories. Helen Keller, for example, was accused of plagiarism in her short story, “The Frost King.” According to Wikipedia, this caused the young Keller to be so worried about plagiarism in her later writing that it inspired her to write her autobiography. That, indeed, seems safe enough to assume, would all be original enough material. Martin Luther King was also accused of plagiarizing his dissertation. Other people whose names I recognized included artist Andy Warhol, authors Dan Brown and Stendahl, and songwriter George Harrison. I can’t help but think that, if Naomi Shemer plagiarized the music to her famous song, she seems to me to be in pretty respectable company….

I am not, of course, condoning, suggesting, or defending copying other people’s work. I do, however, want to point out the difficulty of being completely original in our world of crazily-available media. Creators, whether consciously or unconsciously, probably cannot help but model their characters, lyrics, music, or words on what is going on around them, on this absolute bombardment of creativity that is going on in our world. Gorgeous work is being born on a daily basis, and, mostly, its originality astounds me every minute of every day. Since we don’t live in a vacuum, the delicate boundary between influence and plagiarism needs to be kept and maintained, and, perhaps most importantly, credit, as LeGuin so aptly said, should always be given. My admiration for Naomi Shemer’s work is the same despite her having (probably) borrowed elements from another song. I do wish, however, that she had admitted it and given credit to the original before the discovery by Hoffstein.

Read the article, in Hebrew, by Avner Hoffstein.

Listen to the Basque folk song.

A Single Breath
The World Is Perfect Today