By Sigal Wilnai on August 11, 2012 in imagination, vacation 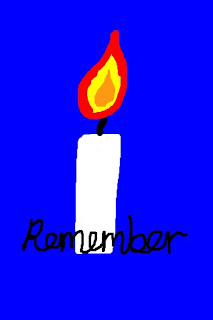 Had there been a clock on the airplane, it would have struck eight at night. We were still sitting at the gate, waiting for the doors to close, the plane to push back, and our vacation to Victoria to begin. Uri sat with Dar in the row ahead of Eden and I. He turned back and asked, “were there any children on those planes?” I did not understand. “Which planes?” I asked him. “The ones who fell in 2001,” he said.

In September 23, 2001, my husband at the time, eleven months old Uri and I packed our belongings and moved to the United States. Israel was then beset by the almost daily terror attacks of the second Intifada, and for a variety of reasons I felt less and less safe. In preparation for the flight I started a series of therapy sessions called EMDR which are supposed to help patients overcome deep-set fears, like the fear of flying. I had panic attacks when flying once or twice before, but now that I was a parent I wanted to feel more responsible and overcome my fear.

On September 11th, the afternoon news was interrupted by an announcement. A plane had crushed into the Twin Towers. Pictures of the tower still standing, a cloud of smoke coming out of its side, dominated the screen. I called my mother in California and found her awake in their home listening to the news. Everyone I know followed the news that day, unable to believe the magnitude of what had happened.

I never went to my last EMDR session. I suppose both the therapist and I knew the uselessness of trying to convince anyone that flying was safe a week days after this tragedy. Instead, I got on an airplane and flew eighteen hours to California. I have no idea how I managed that.

I am no longer afraid of flying, but my son is, and when he asks me a question like, “how many children died on those planes in September 11th?” my heart drops. Eight children between the ages of 2 and 11 died on those planes. I understand his fear, and I wish to make him understand that he is safe, that we are sitting together, that flying is safer than many other things that we do every day, and that it’s better to concentrate on the moment rather than be busy imagining phantom could-happen fears. But I understand him, because I can imagine those eight children’s very real fear.

My imagination can paint horror pictures all too well. That is why I am a writer. I try, however, to employ my imagination in happily ever afters instead. I know bad stuff can happen, but perhaps the point is, a lot can go wrong, and it’s impossible to know quite what that wrong would be. And perhaps, like that favorite saying I love from the Buddha, it is best just to accept that Suffering Is, and that sometimes, in the moment, all is well, and Suffering Isn’t.