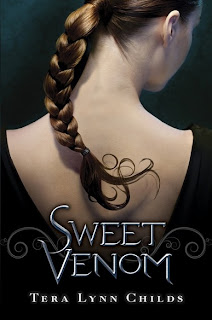 Tera Lynn Childs’ young-adult novel Sweet Venom ends with a huge cliff hanger. For a lover of instant gratification such as myself, that is almost unbearable. Each chapter in this mythology-meets-modern-United-States novel culminates at a point which forbids stopping. I postponed my bedtime page after page, longing to know what will happen. Since I read the book on kindle, I was wholly unprepared when, at the height of suspense, I turned the page and discovered that it was titled About the Author. Frazzled and deep in the world of the novel, I started complaining to my uncle in English and was more than startled when he responded in Hebrew. Fortunately, book two of the trilogy, Sweet Shadows, came out in 2012.

I loved Sweet Venom. Each of the three narrators has a distinct voice and personality. Grace, Gretchen, and Greer discover that they are triplets, descendants of the Gorgon Medusa. It is their destiny to be guardians of the gate between the Abyss, where monsters reign, and our human world. The novel is rife with fighting, danger, secrets, and some romance, and I fell completely under its spell. I was ready to believe the girls are descendants of Medusa and that they hunt monsters in San Francisco. I loved that Gretchen consults the Oracle (who works as a psychic in the city), and that all the gods get “instant messages” when she does. I read on and on, allowing the cliff hangers to carry me through to what turned out to be not at all an end. 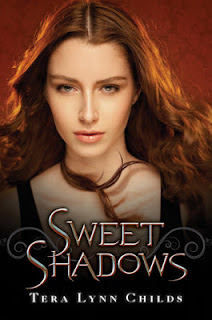 I instantly ordered Sweet Shadows, but I found it is not as spellbinding. Throughout the novel, the three girls show polite and overly discrete restraint at sharing information or asking questions. Greer, the sister with second vision, refrains from telling her sisters about visions which pertain to them. Grace, the pleaser, doesn’t ask questions out of consideration for the others’ feelings. Gretchen, even after she sees over and over again that they three should stick together, keeps pushing her sisters away. With the fate of the world resting on their shoulders, it seemed strange to me that three intelligent girls could be so unaware that their reticence is putting spokes in their own wheels. Do they really think all this information is unimportant?

Wishing to enter a novel’s world whole-heartedly, I am always disappointed when the technique a writer employs does not work for me. I didn’t read book two with the same eagerness as I read the first novel. I think, however, that my disappointment arose out of how fascinating I found Sweet Venom and the high expectations which I therefore had for the second. Despite the communication shortcomings, Tera Lynn Childs continues to build the girls’ characters nicely, and there’s some conflicts (such as who the girls’ mother is) that I long to see resolved. I am looking forward to reading book three, Sweet Legacy, when it comes out in 2013.

A Petal of Happiness
Focus: Abundance