By Sigal Wilnai on September 13, 2013 in adventure, Reiki, writing

Some time ago I had a conversation with my cousin about open-hearted writing. I had that morning finally published a blog post about the five Reiki Ideals, and I confessed to my cousin how difficult writing that particular post had been for me. I had agonized over several different versions before finally feeling safe enough to publish it and before my inner censor could at all agree that writing about Reiki was allowed.

My cousin wanted to know what worried me about publishing a post about that particular subject. As our conversation developed from “what will my parents say,” to “I don’t want people to think I’m promoting myself,” I realized that my inhibitions about writing from the heart, and especially about my spirituality, originate not only from my fear of what other people will say, but also from a fear of making mistakes, appearing ridiculous, and — most strangely of all — risking my life. 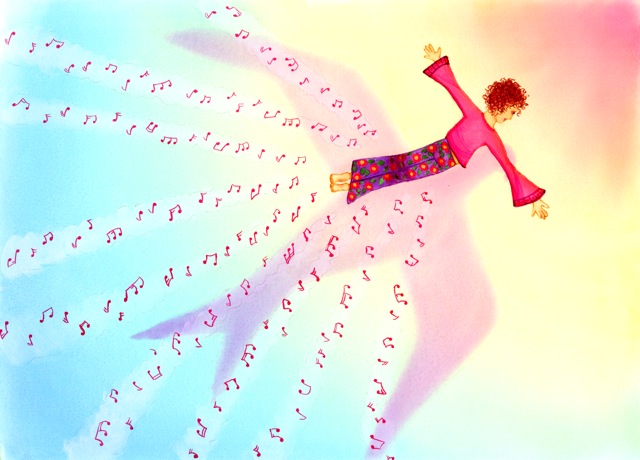 Writers, poets, song writers, and others, however, do choose to risk their lives by expressing their truths despite the danger. Salman Rushdie provoked a lot of controversy in Muslim circles and his book, The Satanic Verses, sparked violence around the world. He lives with an Iranian execution decree over his head. John Lennon was murdered by a man who was angered by the lyrics of his songs. It seems, however, that you don’t have to write political or religious content to annoy people. Dan Slott, for example, the writer of “The Amazing Spiderman,” received death threats last year from fans over the final storyline of his comic.

Mark Twain once said, “It is better to keep your mouth shut and appear stupid than to open it and remove all doubt.” A Hebrew saying agrees with him, advising us that “Silence is appropriate for the wise, and even more so for the fool.” I can see how silence is an admirable virtue and important to cultivate — knowing when to speak and when to keep quiet can be critical. It can be the difference between life and death, for who knows what yelling, “Go Dolphins!” might do in the middle of a Raiders’ game?

“I am not there yet,” I told my cousin, referring to willingness to put my life (or my dignity) on the line for my writing. But even as I was affirming my fears, I realized that my words and actions do not match my beliefs and my innermost wish to live life freely. “Life is either a daring adventure or nothing at all,” said Helen Keller. I choose to live the daring adventure. Perhaps I am not quite there yet. Perhaps I am only taking baby steps instead of leaping. But one day I’ll be there, and you can watch for me flying — not overhead — but down here, with you, and I hope you’ll be flying as well.

Too Old for Fun
Inner Weather